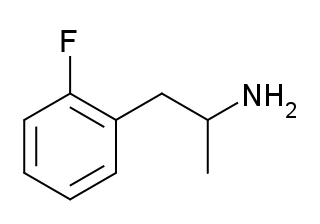 IT IS 20% DISCOUNTED PRICE

2-FA as a stimulant drug belong to the amphetamine family which has been sold as a designer drug. 2-Fluoroamphetamine (2-FA) is a structural isomer of 4-FA, having the fluorine at the 2, rather than the 4, position. 2-Fa differs from 3- and 4-fluoroamphetamine in the position of the fluorine atom on the aromatic ring, making them positional isomers of one another.The physiological and toxicological properties of 2-FA are not confirmed now. 2-Fa is intended for research and forensic applications.

2-FA vs 4-FA
2-FA gives a nice good clean stimulation, with clarity of mind, concentration,creativity, focus,sociability, and is excellent for use when doing something that needs a wakeful and clear focused mind such as learning,studies work, and so on. No cold limbs and blood flow seem to be fine. No problem to eat something while on it either.Very little to no euphoria, fairly similar to standard street amphetamine but easier on the body. No anxiety and no tensions or jitters ,No crash or comedown. kindly to the body and mind compared to other stimulants. Quite a friendly stimulant. 2-Fa is really of great help to get things done properly. Slept good after, felt very good when waking up, no hangover and no other after effects. Duration is really short, so its fine to use a double hours before planning to sleep. The effects seem to have a duration of around 2 hours for the peak effects before it fades towards the 3rd hour or so. Compared to 4-FA it is cleaner and clearer for the mind and not as dehydrating for the body. It also have a shorter duration which is good since 4-FA can let the stimulation go on for way too long after the other main effects are gone. 4-FA is more euphoric though.